Normally I would not be featuring art on Mechtraveller, but this is geeky & cool!

I came across it last night in the lobby of the Conrad London St. James hotel. They have a number of artworks. This is one of them. 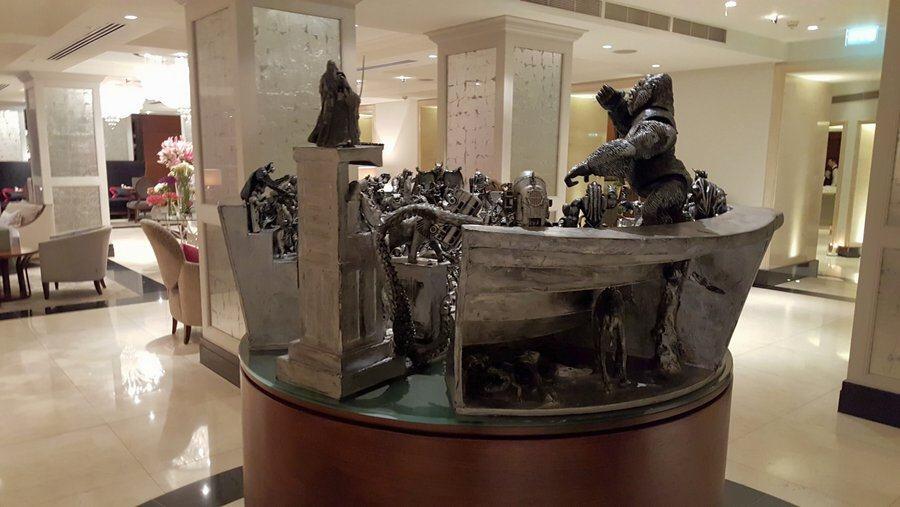 It’s called ‘The House Always Wins’ and merges a world of comicon characters from film, comic art, and popular culture, with the House of Commons just around the corner. It has everyone from Batman and King Kong to Shrek and Henry J. Watermoose III from Monsters Inc, as the Speaker. It was created by UK based artists, Evil Ed and Dan Robotic.

Heathrow Airport has unveiled its preferred masterplan for expansion