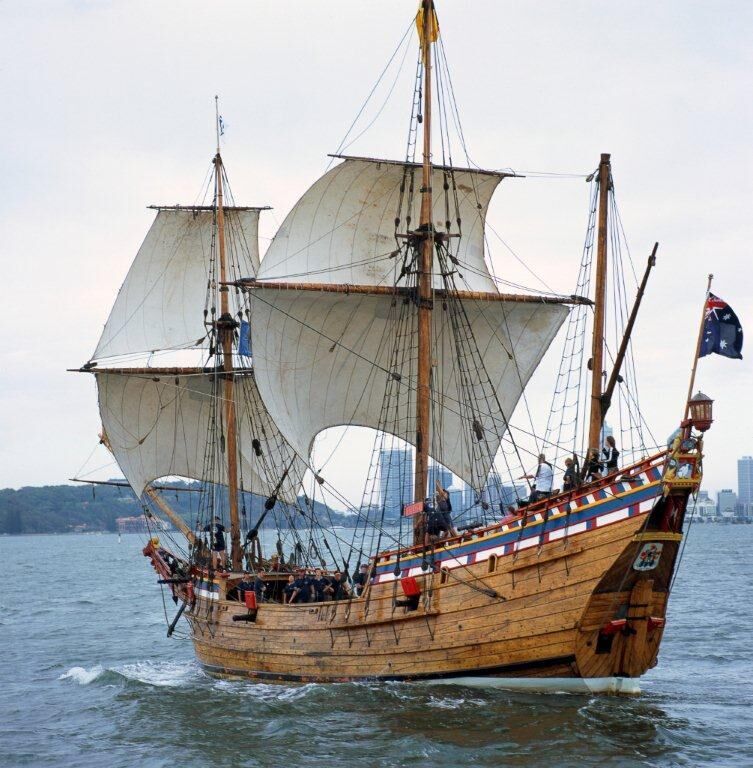 The Australians are celebrating a maritime milestone.

To commemorate the landing in Western Australia of the Dutch Explorer Dirk Hartog, the Duyfken Replica – a reproduction of a typical 16th century Dutch trading vessel – has begun a ten-week, 1000-kilometre journey along the Western Australian coast.

Dutchman Dirk Hartog and his crew became the first Europeans to walk on Western Australian soil when they landed on an island, now called Dirk Hartog Island, just north of Shark Bay on 25th October 1616. They made the journey aboard the ship Eendracht.

How do we know this?

Hartog left a pewter plate with details nailed to a post on the beach.

It’s difficult to understand just how significant this is, not just because to travel so far, especially through the roaring forties, in so small and delicate a vessel is an extraordinarily scary thing to do, but also because… this was beyond the end of the known world! Like going to Mars, except easier; we know Mars is there and exactly what’s involved. 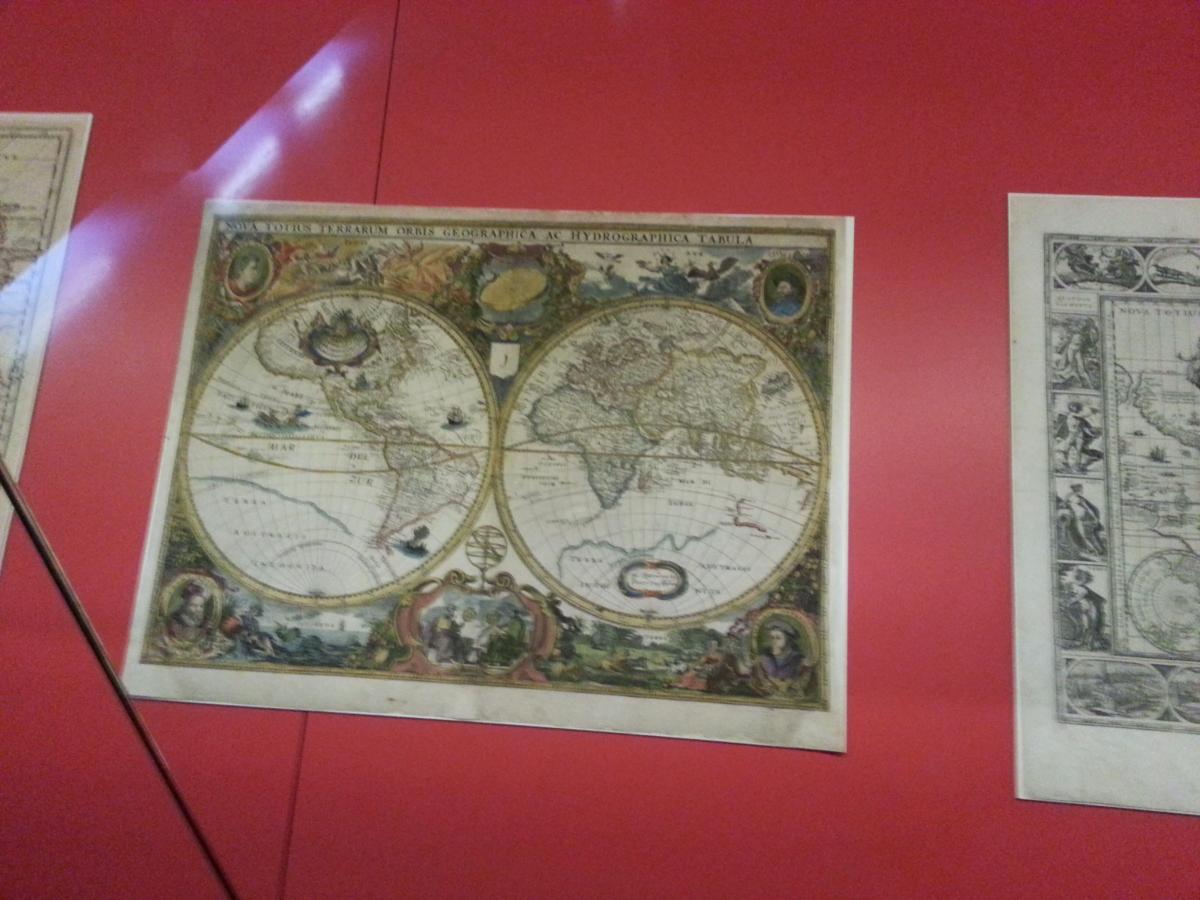 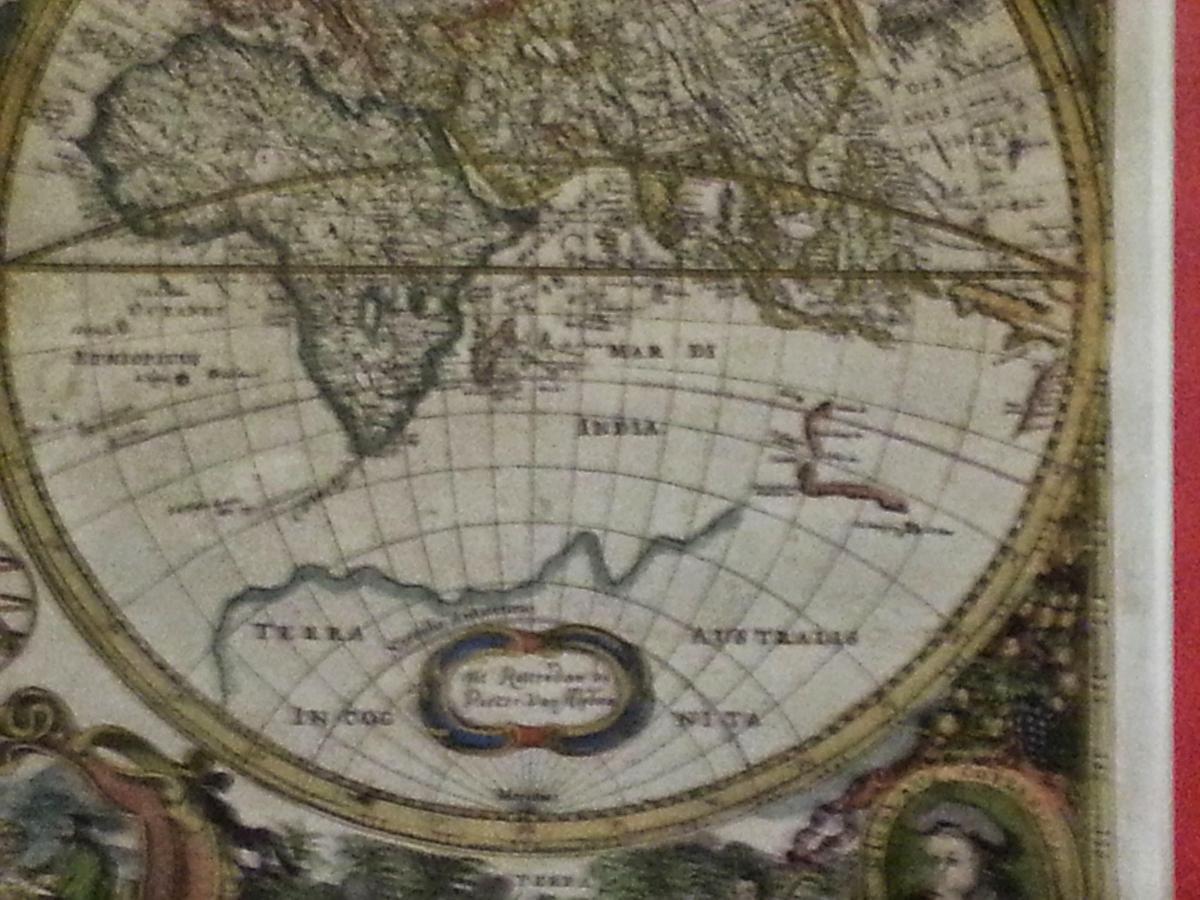 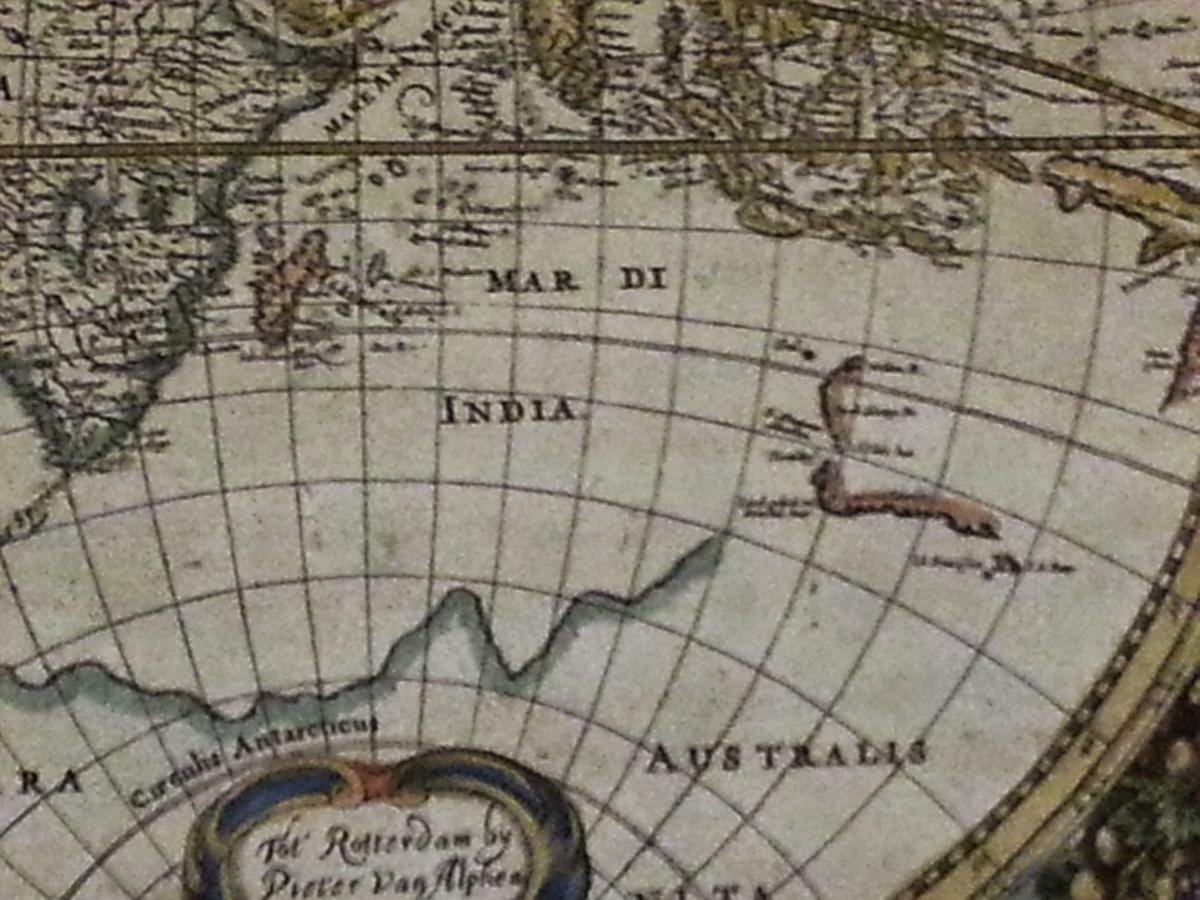 In 2013 I visited (with a rubbish phone with an awful camera in low light – sorry for the pics) the Mercator exhibition at the Rotterdam Maritime Museum, and found a series of 17th century maps that showed how little of Australia was known. In each one, a little more of the coast was drawn in. In this one you can see just the SW of the continent.

A line drawn on a map thanks to superheroes like Dirk Hartog.