The National Army Museum will be opening its doors to the public on Thursday (30 March) after a £23.75m redevelopment that sees the building transformed from what the Director General, Janice Murray, described to me as a gloomy warren “rather like a car park”, to a bright spacious building where they can show off two thirds of their 2,500 artifacts for the first time.

The museum tells the story of the British Army from the Civil War to the present, but not in chronological order… in themes.

There are 5 permanent thematic galleries – Soldier, Army, Battle, Society and Insight – and they go beyond the simple war history of the Army itself to explore the life of the soldier, the structural development of the Army, its key campaigns over the years, the cultural role of the Army in British society, and the impact it has had around the world, hostile and friendly.

Gun display in the Battle Gallery. That look’s like a Cromwell tank to me…

… no! It’s a tank simulator for young visitors (and possibly old ones too)

The skeleton of Marengo, Napoleon’s horse captured at Waterloo

The Soldier Gallery focuses on the individual experiences of being a soldier, drawn on personal accounts and archived material. Interestingly it highlights how the feelings and human experiences of soldiers over the last 400 years have remained remarkably similar. The difference for example between a 19th century backpack and a 21st century backpack, is the type of gear & supplies packed in it, as young vistors can discover interactively, by packing them! The gallery starts with the visitor being asked (over the entrance) ‘Could you be a soldier?’. They are then taken on a soldier’s journey from joining-up and training to daily life and then returning home, before being asked the same question as they exit. 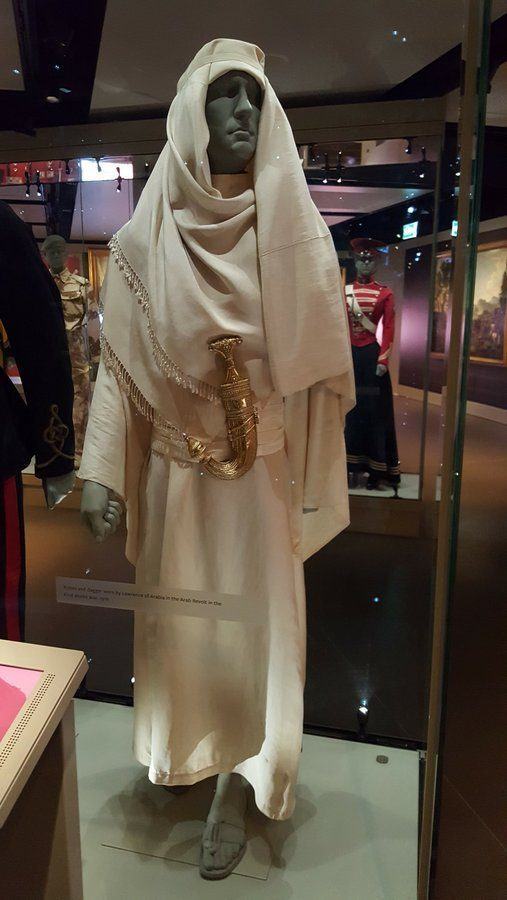 The Army Gallery charts the history of the Army as an institution, looking at the make-up of the army, the people that have served in it, the hierarchy and systems it uses. The core of the gallery is a central uniform display that includes Lawrence of Arabia’s robes and dragger and Her Majesty the Queen’s Women’s Royal Army Corps uniform.

The Battle Gallery focuses on the Army in action in the ages of the horse and musket (1640s-1840s), the age of rapid fire (1840s-1900s), Total War (1914-1945) and Modern warfare (1946-today), and it has some spectacular displays and historic artefacts, such as the skeleton of Napoleon’s grey arab horse, Marengo, who was captured at Waterloo, and the Duke of Wellington’s cloak. Though the cloak that drew my attention belonged to Louis Nolan, the officer who delivered the fateful order, which they also have, to Lord Cardigan to ‘Advance the Light Brigade’ at Balaklava, and who died – some say while trying to stop it – during the charge. 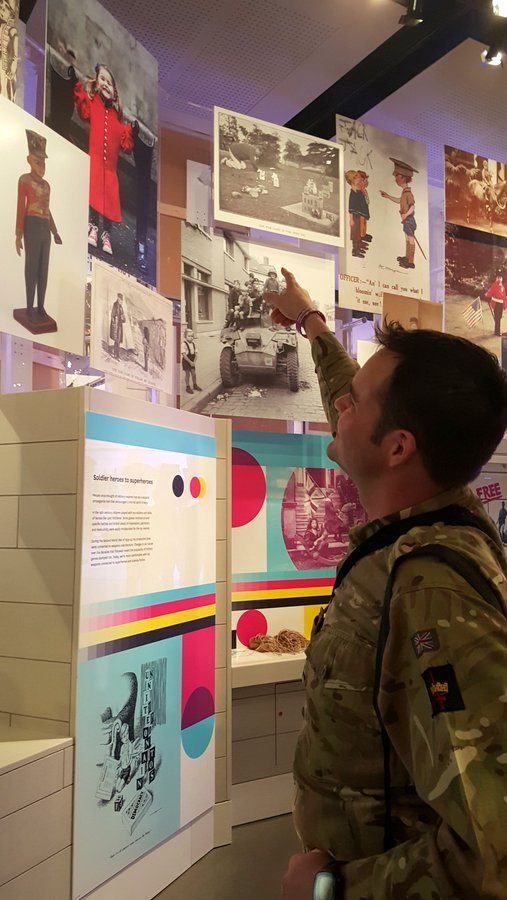 The Society Gallery sets the Army, as a cultural as well as military force within our society and looks at its impact on our customs, values and choices, from the toys and music we create, to the way we vote. It looks at the army’s identity in fashion, fiction and journalism, and at its impact on medicine, technology and benevolence. Key objects include Florence Nightingale’s paper lantern and gold brooch, and the Humber “Pig” armored vehicle used during ‘the Troubles’ in Northern Ireland.

The Insight Gallery demonstrates the Army’s international impact, starting with displays looking at the army’s connection with Germany, Scotland, the Punjab, Ghana and Sudan. Key artifacts include uniforms and headgear introduced with foreign soldiers into the British Army and, for me, a Nazi car pennant ‘liberated’ by Private Robert Powis of The Queens Royal Regiment, during his service in Germany in 1945.

Janice Murray, Director-General National Army Museum,  talking to me about the reopening.

The National Army Museum is the leading authority on the history of the British Army. Founded in 1960 by Royal Charter and established for the purpose of collecting, preserving and exhibiting objects and records relating to the Land Forces of the British Crown.

Entry is free….. or will be, when it opens to the public on Thursday!