This audio detection set, now in the Swedish Army Museum in Stockholm, is billed as a Listening Device M/1928 manufactured by a British company, Barr & Stroud Ltd. Sweden bought a number of these ‘ear trumpet’ devices in the 1920s to detect and pinpoint aircraft.

Barr & Stroud were a specialist optical engineering company in Glasgow that supplied rangefinders and the like to the Royal Navy. They are not known for their audio detectors, but you can see how their expertise would lend itself to aircraft detection gear in the inter-war years. 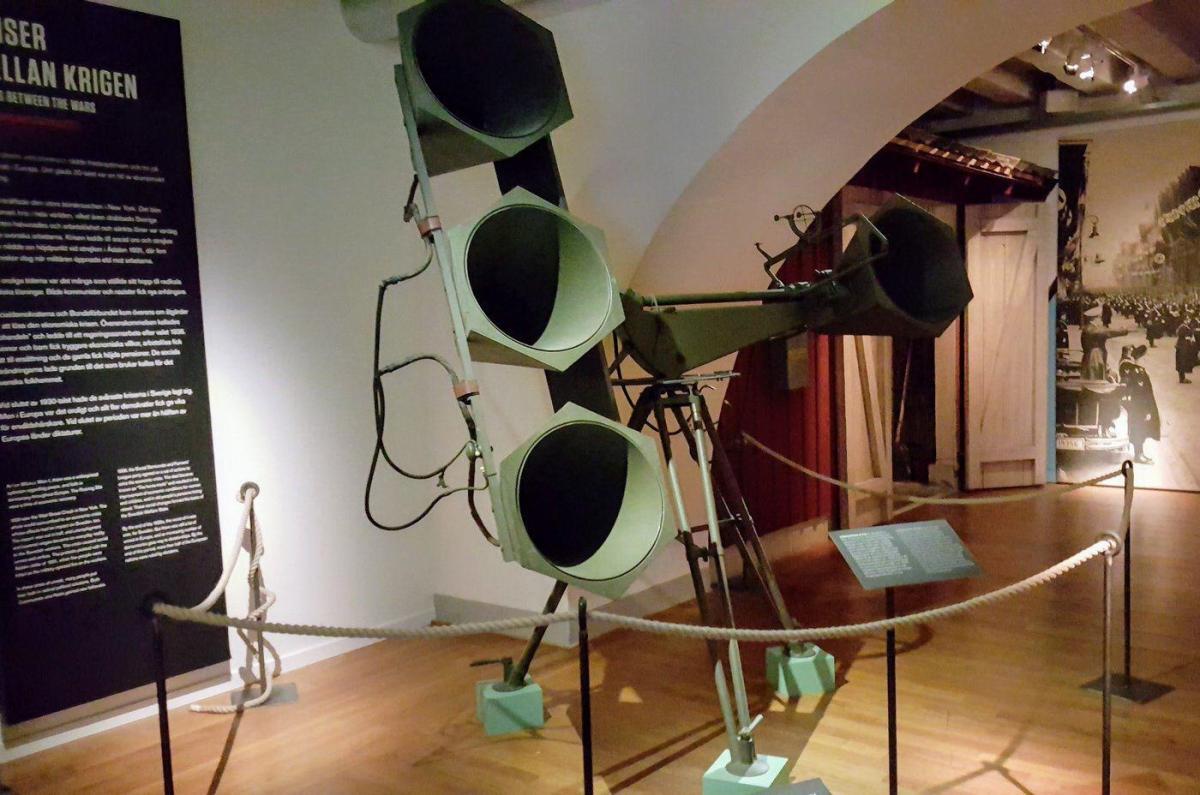 The 1 + 3 horn layout seems to be standard for these devices. As far as I can make out, the operator would swing the assembly around listening to the single horn and the middle horn of the three, balancing the sound to determine the horizontal bearing. Then he listened to the upper & lower horns to balance for elevation. Then he would write down the bearing & elevation and send it to the searchlight & gunner teams.

Apparently in the British Observer Corps, partially sighted or blind operators were used because their hearing skills were better. During WW1 they also built permanent concrete listening bowls and walls – like satellite dishes – along the East Coast to detect the sound of Zeppelins.

With the invention and introduction of radar, audio detection was made obsolete, but not useless. The Swedish army, guarding its neutral borders, still had 36 searchlight companies, each with a model M/1937 listening device.

They were finally dropped in 1946.

Did Bismarck sink in a sea of coloured water?