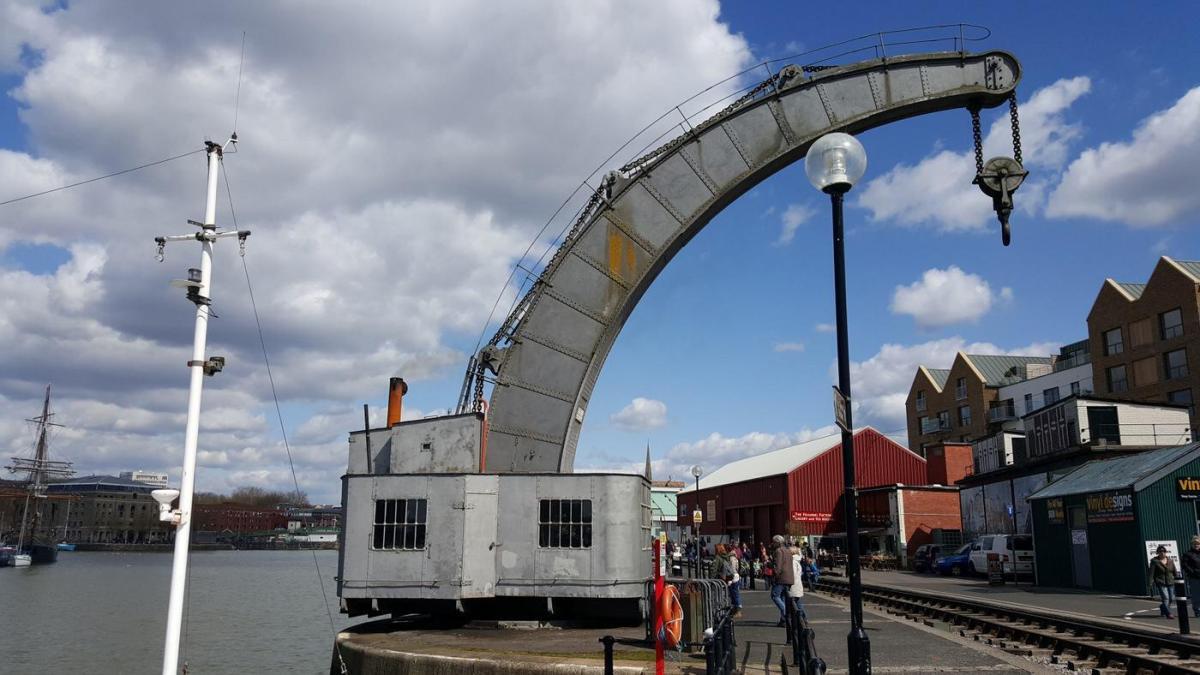 This masterpiece of engineering, named after her designer, William Fairbairn, was built in 1878 to lift heavy loads (up to 35 tons), which she did for 95 years.

She has now been restored and is a Scheduled Ancient Monument under the care of Mshed.org who fire her up occasionaly. If you look carefully you can see the smoke from her chimney when I was passing. Fantastic steam engine smells!