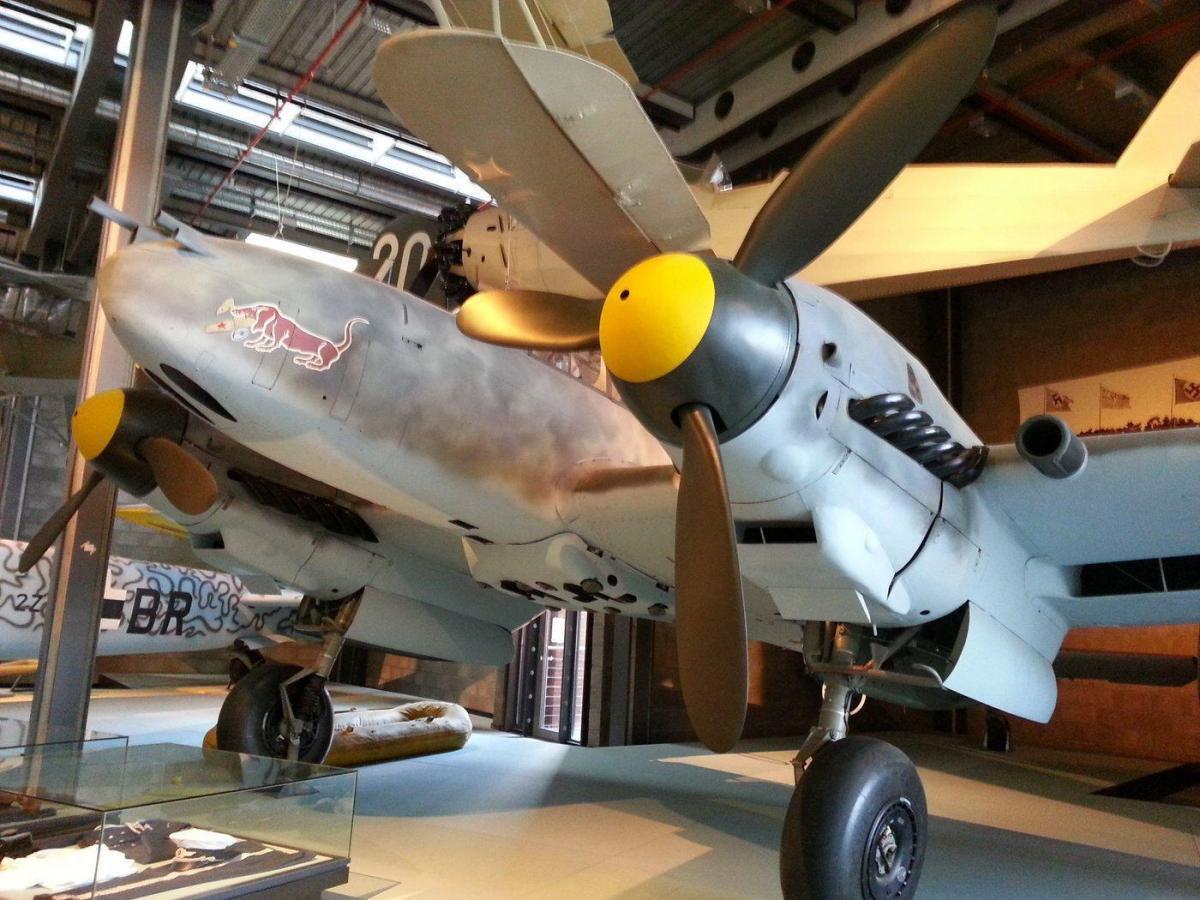 This aircraft served with 13./Zerstörergruppe JG5 at KemiJarvi, Finland during 1943. On January 11, it was damaged by train-mounted flak while flying a four plane mission against railway lines between Murmansk and Leningrad. Pilot Helmut Ziegenhagen managed to put her down on a frozen lake. He and his radio operator/gunner were rescued by Finnish and German forces the next day.

The wreck was salvaged in 1991 from the bottom of the lake and shipped to the UK. In 1997, it was acquired by Deutsches Technikmuseum and restored in Friederichshafen. It has been painted in the colours of JG5 Eismeer, as part of “Dackelstaffel” (Daschshund) squadron.

‘Masters of the Air’ Updates