I suspect that for many enthusiastic, nomadic and/or professional travellers, online gaming is something of a guilty secret.

For example, it is not a subject that comes up often in travel writing/blogging circles, and if it does, the underlying theme is often “why would I be interested in games? I’m grounded in reality”.

However I know the stats. Gen-Y & Gen-Z grew up playing games online1. Don’t tell me most of them don’t spend a few hours from time to time in their hostels, AirBnBs & hotel rooms, giving their livers a rest and chilling solo2 or with mates online! And don’t forget, we’re not talking just laptops or even hostel lobby Xboxes here – 62% of smartphone owners install games within a week of getting their phones, a higher percentage than any other type of app3

The bottom line is that: while huge numbers of travellers are playing games4, even if it’s just Candy Crush on their phone, not many talk openly about it5 – hence the ‘guilty secret’ syndrome. But hey! If, between developing reusable rockets to deliver payloads into space (SpaceX), hyper speed transport systems (Hyperloop) on the ground, and state-of-the-art electric cars (Tesla), plus a dozen other future tech projects, this guy can openly admit to spending time playing games… so can you! (And if you don’t yet, perhaps you should.)

So, just because you are ‘on the road’ it doesn’t mean you have to forgo the pleasures of online games, but you may want to consider what games work best for travellers. Eg. Not flight or car sims. You probably don’t want to be travelling with a joystick or steering wheel in your bag!

Clearly, the quality, stability and speed of your connection will be the biggest factor while you are travelling. So too will the costs. Sometimes you may be enjoying good quality free WIFI. At other times, you’ll be ‘off-grid’ or having to pay for sluggish/patchy hotel WIFI, or use mobile data sims for your MIFI… and that’s the problem; many games can be heavy on graphics & data, and many games rely on low-latency (particularly action games).

In summary the big three issues for travelling gamers are:

So, out go some of my favourites like World of Warcraft and World of Tanks – although I do have them installed on one of my laptops,  just in case! Instead, here are my suggestions for travellers & holidaymakers. (You will almost certainly have your own, in which case please share them in the comments) 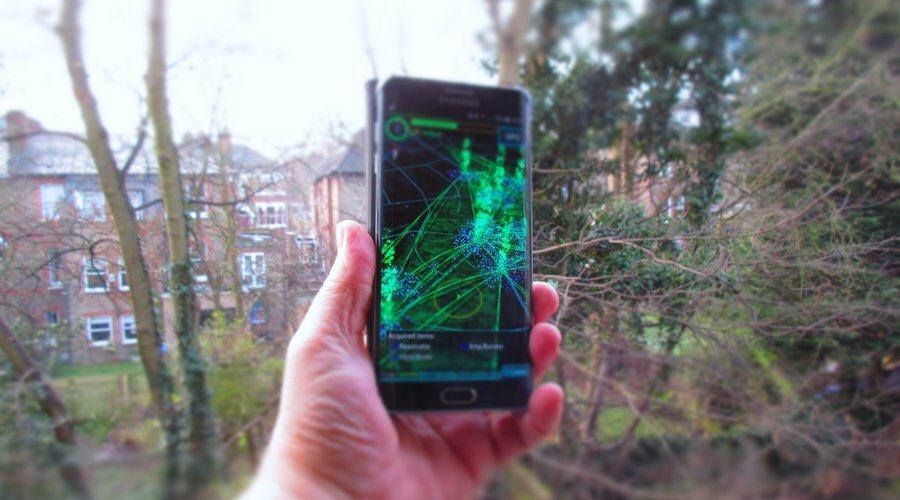 1)  INGRESS (Android, IoS). Long before anyone started hunting Pokemon characters out in the real world, Niantic Labs (an offshoot of Google) launched Ingress. It’s a global ‘capture the flag’ Augmented Reality (AR) game based on points of interest in public spaces like signs, statues, monuments, structures or buildings. These become ‘portals’ to be captured and linked together by one of two global factions. You chose your side when you first sign up and play as either a Resistance agent (blue – known as ‘smurfs’ to the opposition) or Enlightened (green – called ‘frogs’ by the smurfs).

The great thing about Ingress for travellers is that it is global and exploratory. There are large chunks of my home town, London, that I would simply not know if I wasn’t an Ingress player, and the same applies when I’m travelling. Indeed, you regularly see posts in faction groups on social media from travellers saying “I’m a level 14 player from South Africa coming to Edinburgh next week, do you have tips for good locations or can you show me around?”. It’s also very friendly. Even the opposition – who are my mortal enemy and I’m sure, steal babies and interfere with sheep or some such – are pretty cool when you meet them in the field or at cross-faction events!

I was writing about Ingress as a potential tourism influencer within days of its launch in 2012 and started playing it a year later. I still play it almost daily, wherever I am. And I usually keep a couple of portal keys from foreign cities I visit as mementos, like picture postcards! 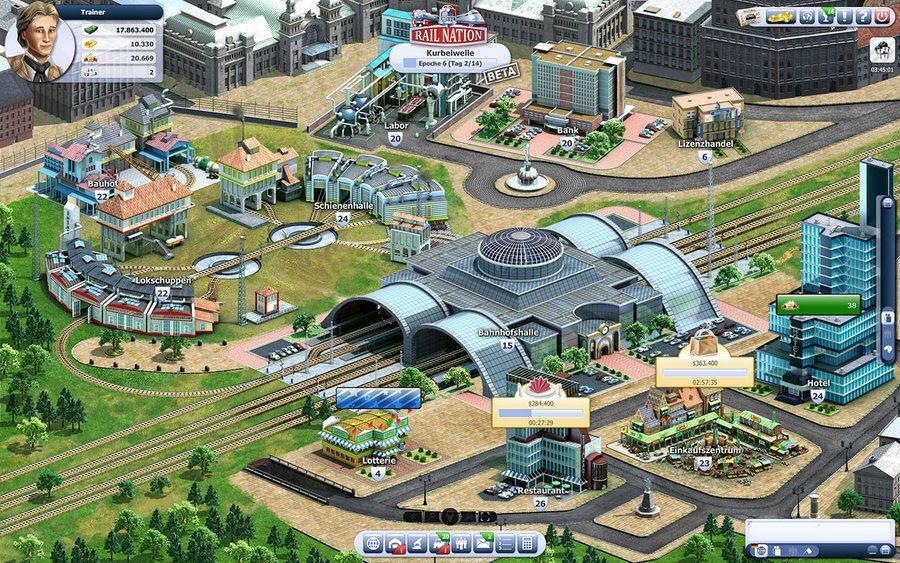 2) RAIL NATION (Browser6). Ok, you have to like trains, but this is an interesting game for travellers because although it’s a multi-player game, the pace of play is slow even though the campaign is long (13 weeks). Your job is to haul goods, or passengers, or both, between cities, factories, farms and mines and earn revenue to lay track, improve your buildings, buy engines and research better ones. All this goes better as your town grows and when you join an Association and collaborate as a team. The game starts in an early steam train era, and every two weeks, the era changes giving access to new rail technologies (diesel, electric) and new commodities on the map.

Here’s the thing. As a traveller you can dip into the game when it suits. Ideally once a day, just for 15 mins to change schedules, do some maintenance and set new research objectives. But if you know your Internet access is going to be patchy or you will be short of opportunities, you can authorise a friend in your association to be your ‘sleeper’ and play for you – handy when there are some fixed moments (levelling up your city, or era change) when you need to be online. 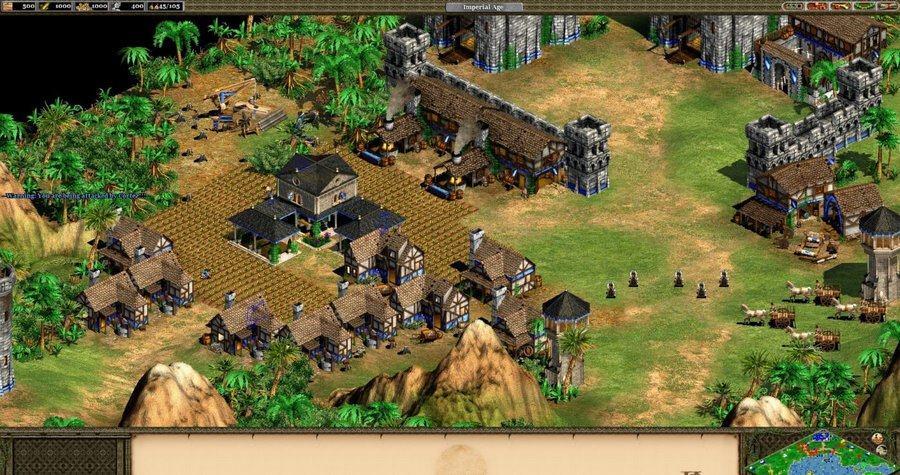 3) AGE OF EMPIRES II (PC/Apple) This is an oldie (AoE launched in 1999!) and a classic. To be honest you could substitute a whole bunch of legacy games here, like Civilisation, Tropico or The Sims. The important thing is that they are standalone games that you can play solo; insert the disc & don’t worry about the Internet. Just ignore it when it says it wants to go & check for a newer version!

Playing Age of Empires II solo still works for me. I can still spend a few happy hours exploring the lay of the land or sea, finding enemy civilisations and developing logistics & strategies to overcome them. Simple pleasures! 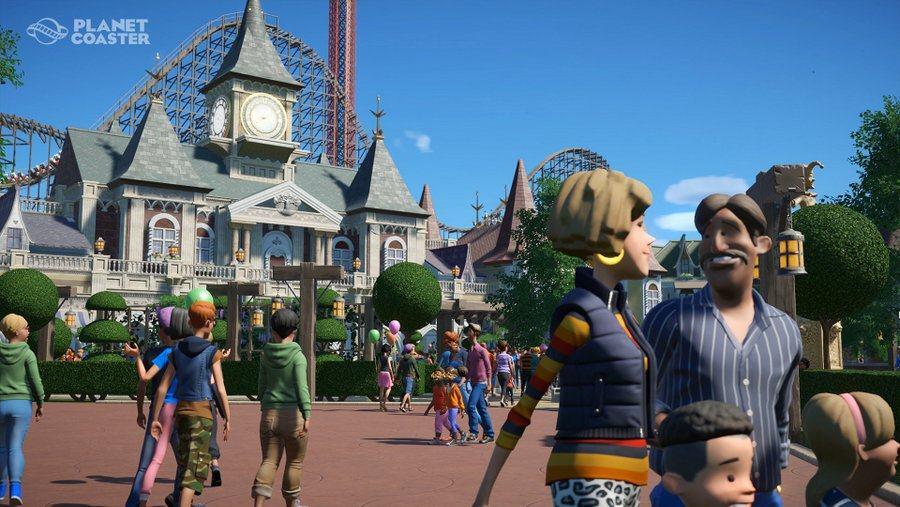 4) PLANET COASTER (Windows & Steam) At the other end of the timescale (to AOE II) comes Planet Coaster, a mega detailed theme park simulation launched three months ago. It’s a bit like the old Rollercoaster Tycoon sim, but more sophisticated and with a global community of players sharing their creations.

Advantages: Solo play and no time constraints – play when and for as long as you like.

Disadvantage: Well, I play through the game distribution platform Steam, which means I have to be reliably online, but it was made for Windows and although there are lots of community aspects for a connected PC, I suspect you could play it standalone.

BTW Speaking of Steam and new games: there’s an interesting turn-based historic naval encounters strategy game that’s just been made available on Steam called Atlantic Fleet. Of interest to travellers because it is turn-based and designed as an app for Android & IoS. 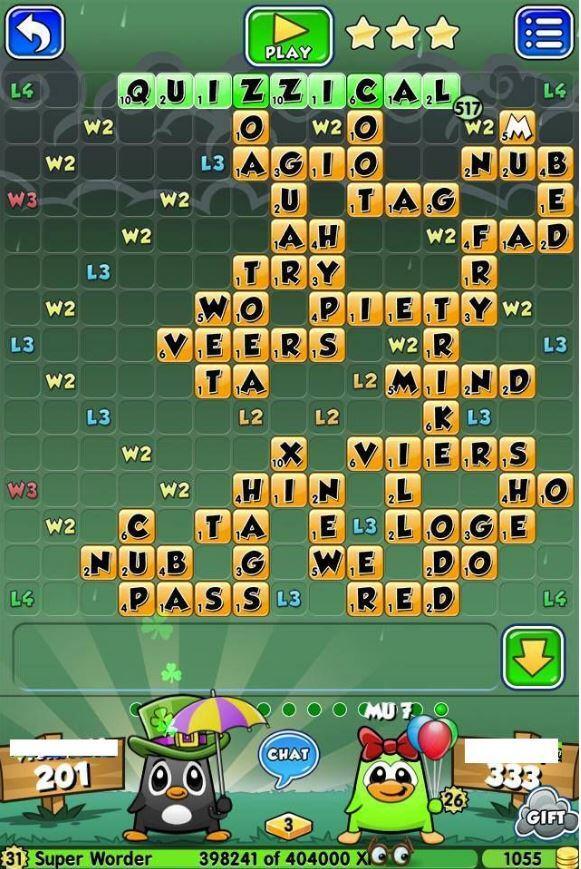 5) WORDCHUMS (Android & IoS) The truth is I’ve never played this. It’s not my kind of thing. But I’m suggesting it because I know several people who do, and are completely hooked. It is ‘Scrabble for mobiles’ and perfect for phones or tablets. Best of all, it is turn-based, which means you can play as WIFI permits and in your own time. 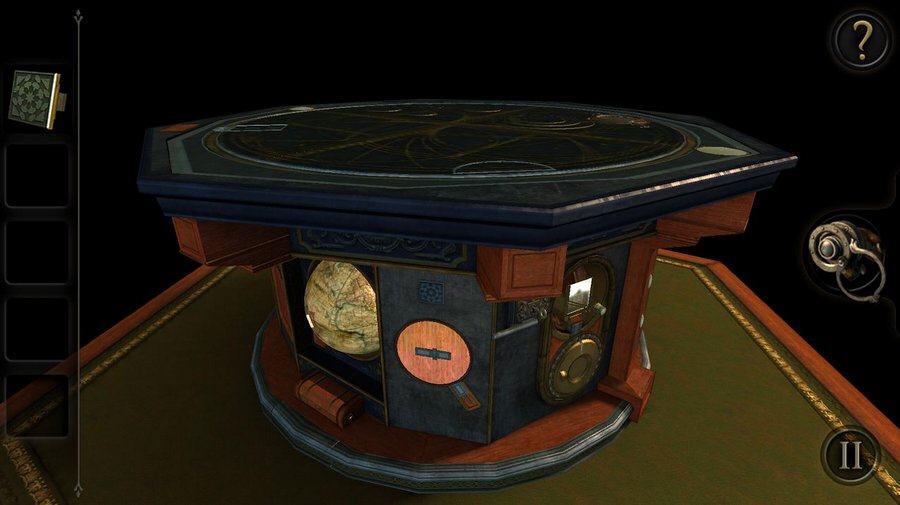 6) The Room (Android & IoS) It’s a puzzle game. You have to find your way into fiendishly clever boxes. It’s good for travellers because you can play solo offline.

What are your suggestions for good games to play on the road, and what tips do you have for travelling gamers?

[1] 47% of gamers in the USA are between 18 and 49 years old.
The average guy who plays games is 35; the average woman is 44.
59 % of those who play games on a regular basis are men; 41 percent are women.
The average gamer has been playing video games for 13 years.
Source: Polygon

[3] 62% of smartphone owners install games within a week of getting their phones, a higher percentage than any other type of app. Source: Admob/SurveyMonkey

[6] There is a phone app version of Rail Nation but I wouldn’t recommend it. The detail is too small for fingers!