A re-enactor checks out a uniform (Photo: NCWC)

There’s even a dressing up box!

Market square in Newark, yards away from the National Civil War Centre

The National Civil War Centre focuses on telling the complicated story of the 17th century English Civil War in a 21st century way.

Have you been to Newark-on-Trent?

I thought not. It turns out, not many people have.

“Newark is the best town that most people have never been to,” says Michael Constantine, manager of the National Civil War Centre… which is ironic really, because 400 years ago it was hard to avoid.

The clue is in the name. Not only does it sit on the River Trent, but it has straddled the Fosse Way, running diagonally across the country from York to Bath since Roman times, and the Great North Road running North to South, on which it was an important coaching stop. 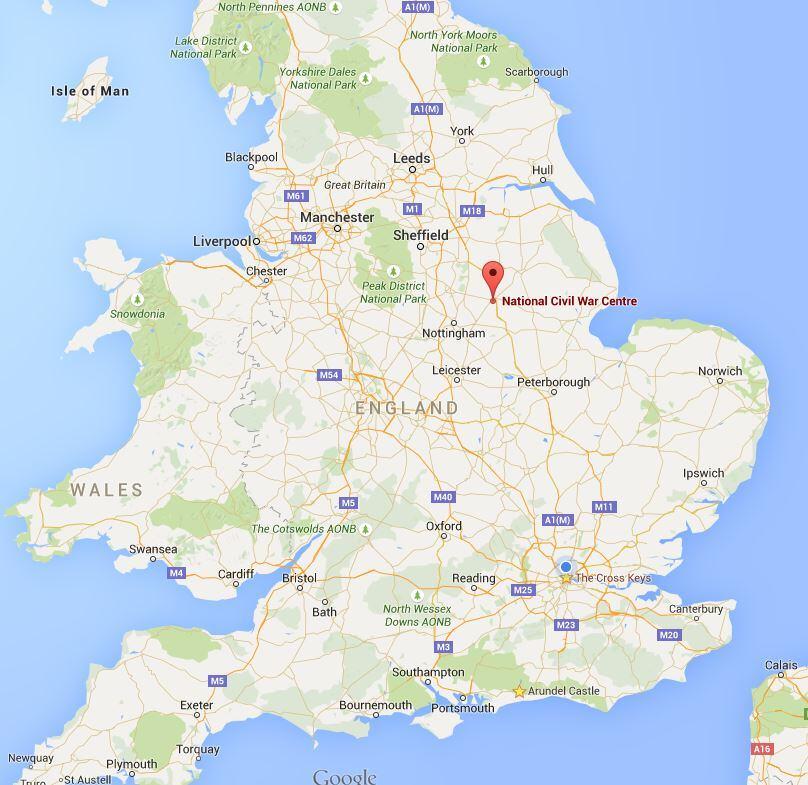 That made it strategically important, and a thorn in your side if you were a Parliamentarian during the English Civil War (1642-1651), because, as a Royalist Stronghold, it blocked the supplies and men you would like to ship between your sea routes via the Humber Estuary and your base in Nottingham. As a result, Newark was besieged not once, not twice, but three times and was the final refuge of King Charles.

These days the Great Northern Road is called the A1, and it simply bypasses Newark (2½ hrs by car from London), which is why very few visit and why the National Civil War Centre is bringing some much needed attention to this historic market town.

The £5.4 million centre (part funded by the Lottery Heritage Fund), which opened this summer, has restored, expanded and improved Newark’s magnificent Grade II Old Magnus Building, which began life as a Tudor grammar school, complete with schoolboy graffiti from 1608. [Scroll through images at top] In addition to its Civil War exhibits, the new, fully-accessible building houses some key artifacts* from the old town museum in a special gallery, and offers flexible spaces for conferences**, community projects & temporary exhibitions.

Many towns in England have Civil War memorabilia and/or exhibitions, but they tend to be based around a local battle or incident. The NCWC attempts to draw together and explain the complete history of the Civil War within the confines of one large hall.

Michael Constantine and his team have done an amazing job. Visitors follow the ‘story’ of the Civil War in a circular path around the displays, exhibits and hands-on experiences, but it turns out the English Civil War is not an easy thing to explain. For one thing it’s not just English; it all kicked off in Scotland, and for another, it wasn’t so much a war as a series of changing alliances, wars, battles, and skirmishes which sprang up & subsided over a number of years. 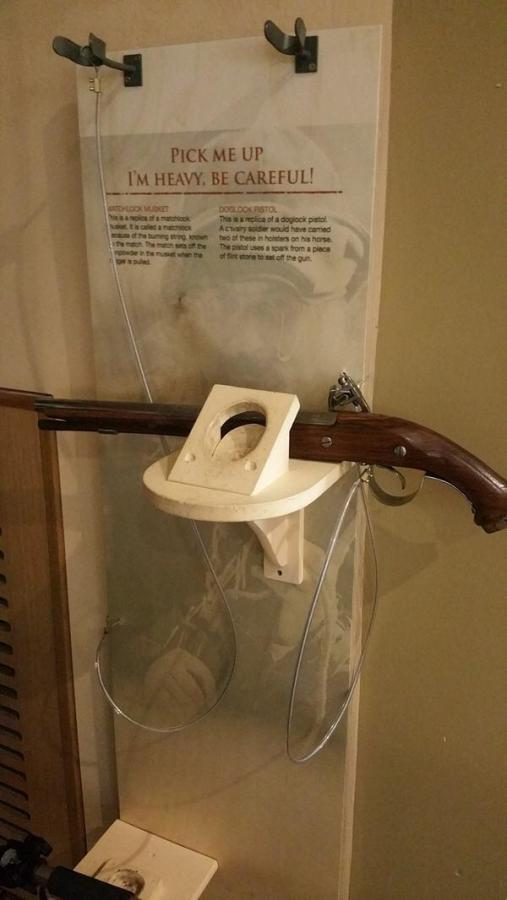 That’s hard enough to explain to engaged adults, not so easy for families. To address this, all the exhibits have basic signage, but then there are cards with extra detailed information for those who want to know more. For the kids, there are plenty of things to see and touch… and a dressing up box! They’ve also ‘gamefied’ it by create a puzzle trail of clues for kids to pursue.

Most importantly, they have invested heavily in state-of-the-art presentation techniques. They have created Hollywood-standard video productions to tell dramatic stories about characters and events. The short (6 min) movies are screened in rotation in a small 28-seat cinema at the back of the exhibition area.

And it literally, doesn’t stop there. In order to extend the NCWC outside into the town, they have developed an augmented reality (AR) app so that visitors can explore the history of key locations around the town and watch those past events on their phone.

* Officially called “The National Civil War Centre, Newark Museum” is because it also houses the most import elements of the old town museum, including the printing press that printed Lord Bryon’s first poems, and this 2,000 year old Iron Age gold torc, which was found a few miles away in 2005 and has been, until now, in the safe keeping of the British Museum.

** The weekend we visited there was a conference using the main hall. About 130 delegates from academia and the medical profession gathered by Leicester University to talk about ‘Mortality, Care and Military Welfare during the British Civil Wars’ Lots of gory intruments for extracting musket balls, blood letting and chopping off limbs!

21st Century Storytelling The National Civil War Centre makes full use of high tech to tell a complicated historical story, making it accessible to young & old alike, and extending its storytelling out into the town itself., making a visit to Newark very worthwhile.
EXHIBITS 65
DISPLAY 95
TECH 85
VALUE 65
TweetShareShare+